A piece performed inside any given festival.

The title of the piece should be exactly the same as that of the festival itself.

The performance happens in several venues simultaneously (the number of venues matches that of the groups/artists). The audience has to choose which one to attend.

For the announcement, mix the bio of the assembled groups.

Each group performs their piece in one of the venues.

The details of each performance may vary, but should all reflect the problematics of the festival itself (true to its title) and the fact that the audience cannot attend all the simultaneous performances.

For its premiere at BIPAF, one No Collective's performance consisted in telling all the assembled audiences that, (a) the piece can only be performed to a single audience; and (b) if after 20 minutes, there is more than one audience left in the room, the performance would be canceled. 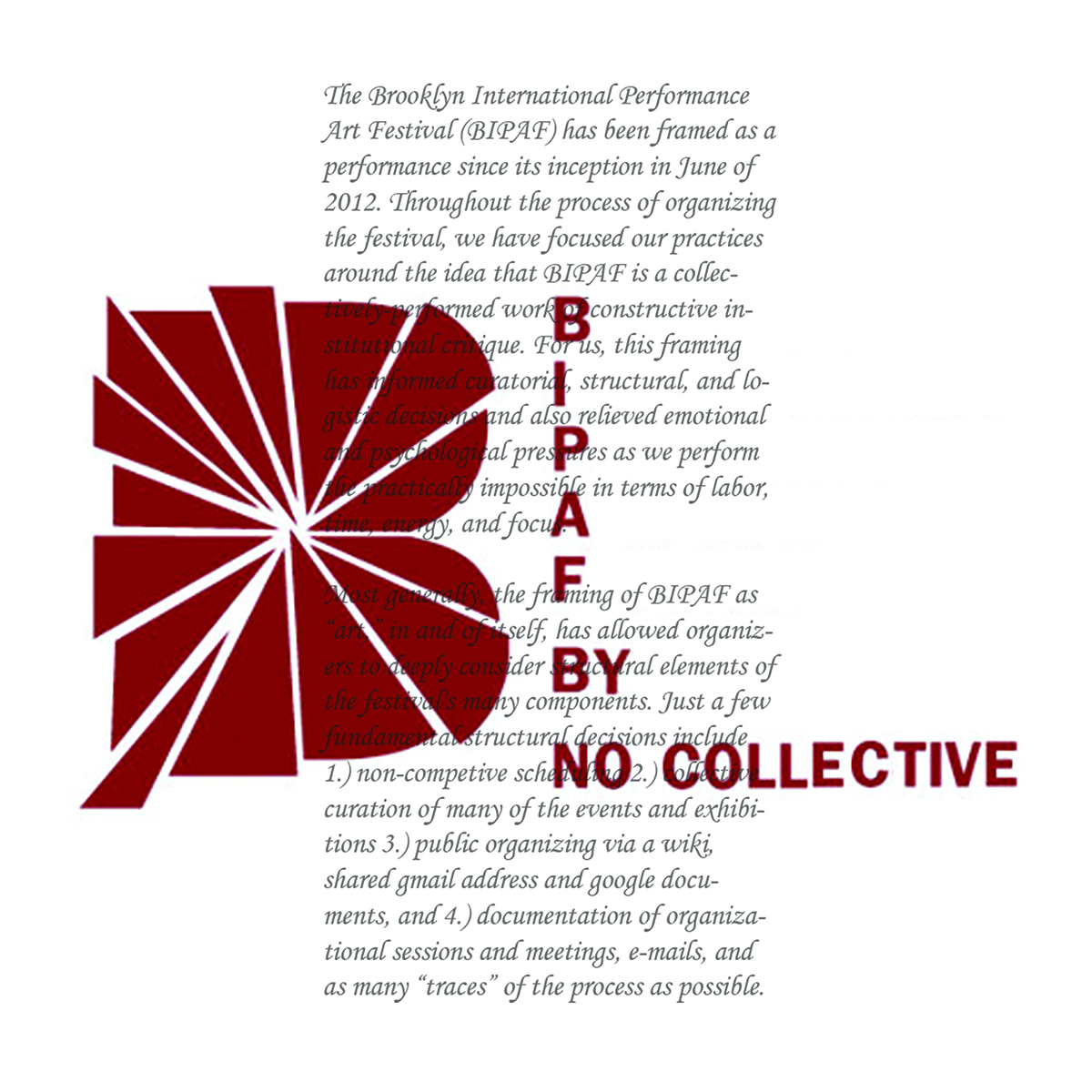 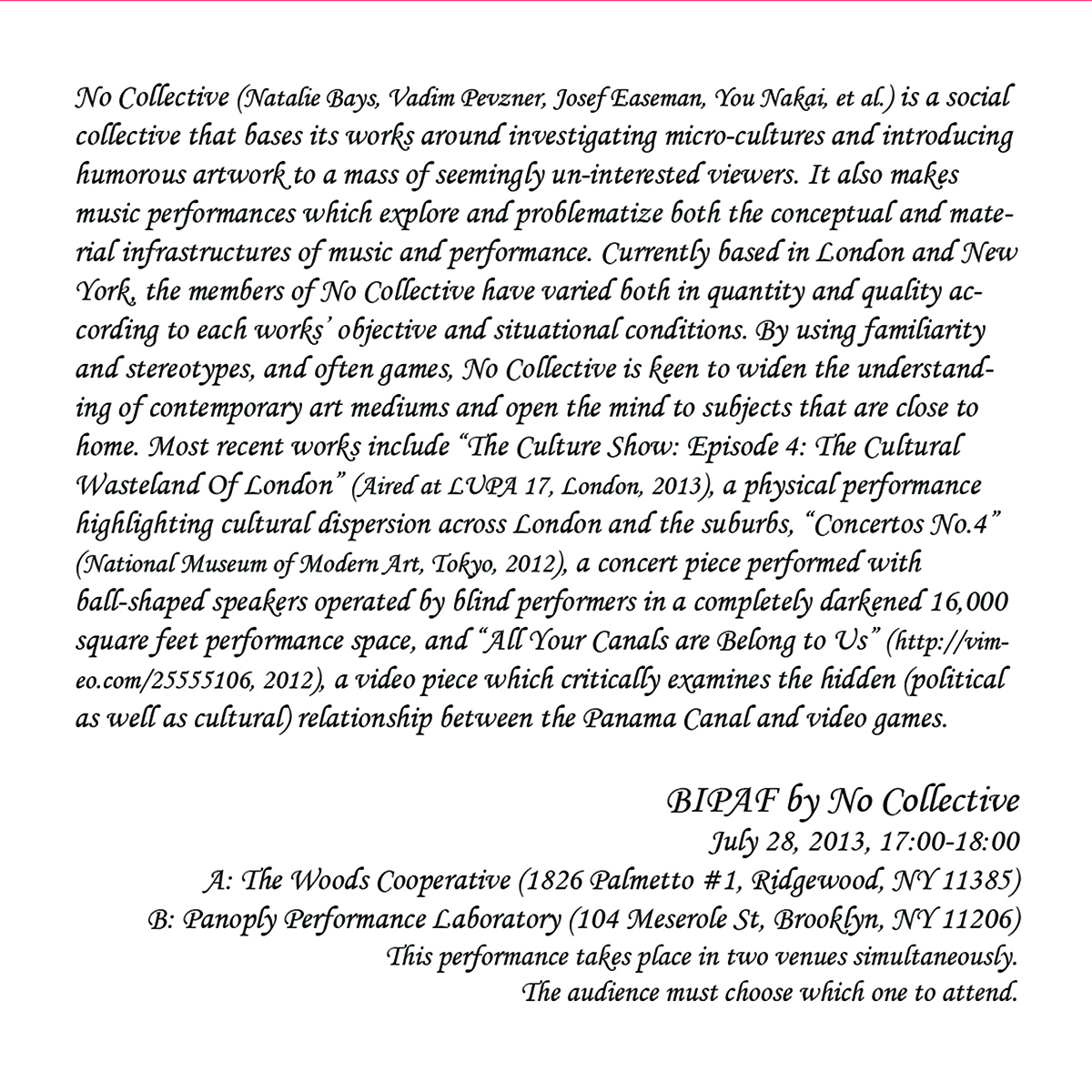